From the East to the West, that’s how the sun rises and eventually sets and in the east is also where there’s plenty of haunts to visit.

Riding on from the last entry of Old Changi Hospital, this one’s not too far from the previous, Pasir Ris Park.

The dirtiest waters in Singapore is right here!

If you were ever thinking of going swimming, this shouldn’t even be on your list as the shoreline runs adjacent to a shipyard and the waters are also said to contact a mixture of bacteria containing human and animal faeces.

If that’s not enough to put you off from getting in, I’m not sure what is! But I’m pretty sure the couple whom I caught skinny dipping here late at night weren’t the least affected by the bacteria.

That aside, Pasir Ris Park is also a good place for those of you who’re interested in paranormal activities. Boasting a good stretch of about 3km long, you’re bound to find several spots here that offers you such an experience. Definitely a good deal for those especially for those living in the far west to make that travel across the island.

One of the most prominent places here that’s been touted to boast of paranormal activity is the Bird Watching Tower located at the swamp area. It’s roughly about 4 storeys tall and it’s been said that up there, there’s a tag team of two pontianaks who’ll give you a hair raising experience!

I personally haven’t managed to venture up the tower but I’d recommend that you come prepared with a torch and with a few friends if you’re planning to because you’d need all the help you can get should anything happen to you. But if you’re looking for a great place to make out uninterrupted, that’s just a great place as well!

And I’m telling you that when I visited that place about 7pm, 3 guys and 2 girls were making their way there. I’m not sure what they’re up to but the last conversation I heard was ‘Why don’t you just come over to my place?’

There are several other accounts or stories heard about this location. Most popular one is that a guy jumped down from that tower and suffered death. 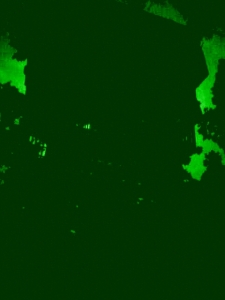 Now, if that’s not enough, for those of you with a keen eye when you visit the toilets, have you ever realised that some of the toilets aren’t retrofitted with mirrors?

What’s a toilet and a sink without a mirror right? All toilets should have a mirror to provide the user a way to check themselves in the mirror.

Well, not all Pasir Ris Park toilets come fitted with it!

Leaves a lot to imagination!

And if you’re looking for the scariest toilet to head to, check out the toilet at Carpark C. When I visited that toilet a year ago for more Halloween adventures after the Old Changi Hospital visit, two female friends of mine heard their names being called in the toilet by a male-like voice from one of the cubicles.

Quite impossible since the nearest male-like voice was outside the toilet or in the men’s.

Sounds exciting enough to you?

One of the other locations I’ve head that paranormal activity exists is at ‘The Maze’. I’ve never walked through it but about 10 years ago when the maze was entirely constructed out of bushes, I was told that there was someone waiting for you right smack in the centre of it.

No.. It’s not him waiting for you.

I was told that there was just someone paranormal there who’d take a knife out to kill you. Apparently, someone was murdered in the centre of that maze once.

Today, the centre of that maze can be seen by anyone standing outside. Even if that paranormal dude takes the knife out to stab you, someone will be able to identify!