What’s Abd?!!
Youth Mentor (noun): someone who gives guidance and is like a big sister/ brother to a young person who has social problems or is retarded

mentor (noun): a wise and trusted guide and teacher

Mentoring is not just a form of volunteer work whereby you help out in events during a scheduled period of time.

Mentoring is a form of volunteer work which requires one to help assist in the development of a child/ youth to reach his/ her fullest potential through proper guidance and support.

It is not merely a touch and go event, it is an event that touches you as you go along. It is something that you shoulder in your life’s journey.

Mentoring is a form of social responsibility and commitment.

It takes a very dedicated individual who is socially responsible and commited to be a mentor.

Having been a mentor at Yayasan MENDAKI (a Malay/ Muslim self-help organisation in Singapore) since I first started out in December 2005, I have since grown attached to it.

It is not the awards that I receive nor is it the exchange program that I was nominated to attend that grips me. It is the belief that in order to see change that you want, then you must put in the effort to make that change. And I clearly have a change that I want to make in this Malay/ Muslim community that is plagued by many negative stigmas attached to it.

Such opportunities are in abundance but such individuals are a rarity.

Clearly if someone like me who’s been known for more vices than good is able to be socially responsible and commited, I’m sure there are many others out there who are able to.

I started out searching for something to fill my empty time with, yet I found something addictive. Those who say that they have no idea how to go about mentoring need not fear because there is a group of experienced mentors and a whole organisation of dedicated individuals supporting you and giving you that guidance that you need.

In the words of Liverpooldians, “You’ll Never Walk Alone”

And if you tell me that whats the point of getting a perfect match but not able to find your match in life? Trust me. You never know because you may just find that match that you have been seeking for because mentoring is not just a gender bias community of individuals. Mentoring is a collective group of individuals from both genders and from different as well as exciting backgrounds.

Unfortunately, there’s just a small group of male mentors who is constantly being surrounded by a larger pool of female mentors.

For those of you who are think you have what it takes or wish to find out more, drop me an email. I think I should be able to give you a good idea on what it’s all about and I will definitely be one of those mentors you will be seeing often, unfortunately. 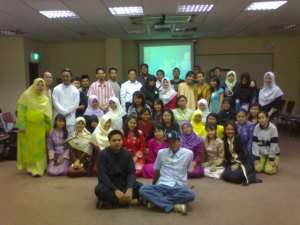 [Basic Mentoring Training is something all mentors will have to undergo] 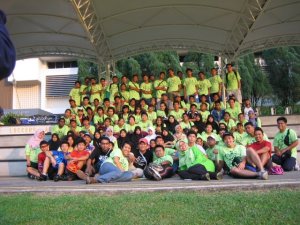 [Night Cycling, one of the flagship mentoring events held yearly]

[The boy who said he wanted to be a mentor like me when he grew up, “Thank You”. You are why I feel happy mentoring] 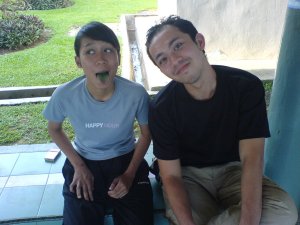 [Nora, one of the female mentors who has since left mentoring due to work commitments. You are being missed]

One thought on “Be A Mentor, Find Your Match!”